V.O. and Elizabeth Kahl Figge Chair of Catholicism at The University of Iowa, Departments of Religious Studies and Gender, Women’s and Sexuality Studies 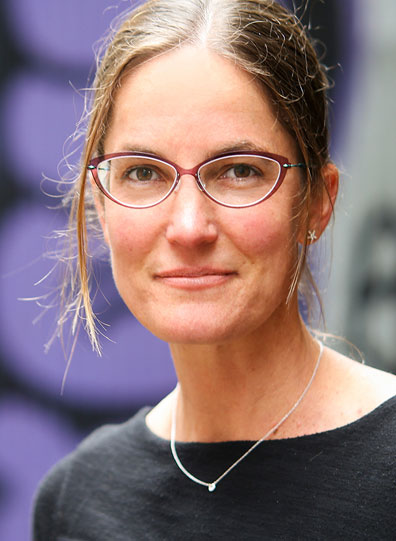 Kristy Nabhan-Warren is Series Editor of Where Religion Lives. Kristy is the inaugural V.O. and Elizabeth Kahl Figge Chair of Catholicism at The University of Iowa, Departments of Religious Studies and Gender, Women’s and Sexuality Studies. She is also the Associate Vice President of Research and Development for the Arts, Humanities, and Social Sciences at The University of Iowa, beginning July 1, 2022. Kristy’s published work focuses on American Catholicism, Latina/x/o lived religion, and ethnographic methods in the study of North American religions. Her first book, The Virgin of El Barrio: Marian Apparitions, Catholic Evangelizing, and Mexican American Activism (New York University Press, 2005), is a deep ethnography of a Mexican-descent Catholic community and its devotions to the Virgin Mary and to apparition-inspired activism. In her second deep ethnography, The Cursillo Movement in America: Catholics, Protestants and Fourth Day Spirituality (The University of North Carolina Press, 2013), Kristy shows the ways that global forms of Christianity such as the Iberian cursillos de cristianidad “short courses in Christianity,” have impacted American Catholicism and Protestant Christianities, and pivotal role of laypersons in spreading the movement.

Kristy’s newest book, published with UNC Press, is Meatpacking America: How Migration, Work, and Faith Unite and Divide the Heartland (September 2021). Kristy’s fieldwork spanned seven years and the ethnographic journey took her to rural parishes, hog and beef slaughterhouses, as well as farms across the state of Iowa. In Meatpacking America, Kristy makes the argument that if we want to more fully understand the complex intersectionalities of migration, work and faith in the contemporary United States, then we must turn our attention to sites like Iowa and the larger Cornbelt. Funding for the research and writing of Cornbelt America has been generously supported by The American Parish Project; The University of Iowa; and The Louisville Institute.

Kristy is committed to making scholarship meaningful to non-academics, and prides herself on writing for a wide audience. She tries to stay true to her working class and Midwestern roots in Meatpacking America as well as short form essays and writing projects. Her new book project focuses on Catholic Worker houses and farms in the Midwest and larger United States.

Kristy is Editor for the recently published Oxford Handbook of Latinx Christianities in the United States (Spring 2022). The Handbook features leading historians, sociologists and ethnographers in Latinx Christianities. https://global.oup.com/academic/product/the-oxford-handbook-of-latinx-christianities-in-the-united-states-9780190875763?cc=us&lang=en&

Kristy is thrilled and honored to be the Series Editor of “Where Religion Lives,” with The University of North Carolina Press and looks forward to ongoing conversations with ethnographers of religion!