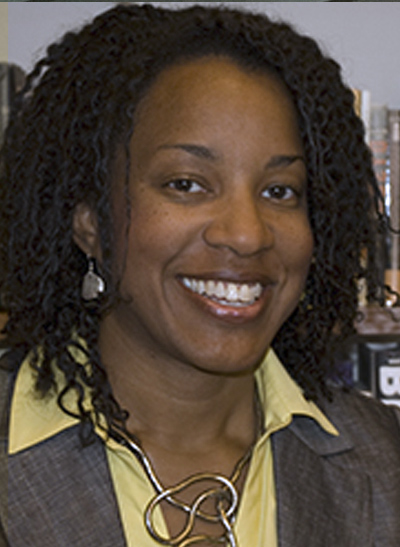 Marla Frederick is the Asa Griggs Candler Professor of Religion and Culture at Emory University.  A graduate of Spelman College with a BA in English, Professor Frederick earned her PhD in cultural anthropology at Duke University where she completed research on issues at the intersection of religion, race, class and gender.  She is the author/co-author of four books and several articles.  Her first ethnography, Between Sundays: Black Women and Everyday Struggles of Faith (U. of California Press, 2003), is an ethnographic study of Baptist women’s social and political engagement in eastern North Carolina. In 2007 she co-authored a book entitled Local Democracy Under Siege: Activism, Public Interests and Private Politics, which won the Best Book Award for the Society for the Anthropology of North America.  Her most recent book, Colored Television: American Religion Gone Global (Stanford University Press, 2016) explores the rise in African American and female televangelists and their influence outside of the United States. Her co-authored text, Televised Redemption: Black Religious Media and Racial Empowerment (NYU Press 2016), examines how black Christians, Muslims and Hebrew Israelites use media for the “redemption” of the race.  Dr. Frederick’s ongoing research interests include the study of religion and media, religion and economics and the sustainability of black institutions in a ‘post-racial’ world.  She has served as the President of the Association of Black Anthropologists and, in October 2018, was elected Vice President of the American Academy of Religion. Dr. Frederick is the President of the American Academy of Religion, 2019-2020.