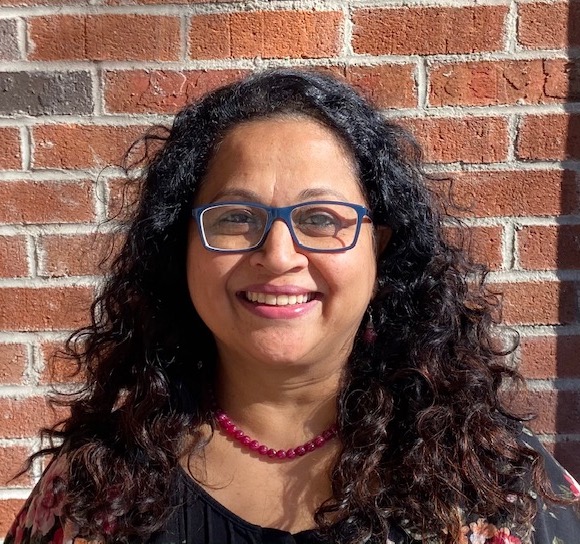 Leela Prasad, Professor of Religious Studies at Duke, holds a secondary appointment in the Department of Gender, Sexuality, and Feminist Studies. Her interests are in the anthropology of ethics, narrative, Hinduism, gender, decoloniality, Gandhi, prison and post-prison life. Her first book, Poetics of Conduct: Narrative and Moral Being in a South Indian Town (Columbia University Press, 2007) won the American Academy of Religion’s “Best First Book in the History of Religions” prize. She co-edited Gender and Story in South India (SUNY Press, 2006), and as guest-curator in 1999 of the first exhibition on Indian American life (The Balch Institute, 1999), edited its catalogue and co-directed a documentary film called “Back & Forth.” Her latest book, The Audacious Raconteur: Sovereignty and Storytelling in Colonial India (Cornell University Press, 2020) engages the extraordinary narrations of Indians in late colonial India, and converses with descendants, to highlight the perennial presence of the “audacious raconteur,” a sovereign ethical figure in contexts of power and domination. Leela is co-directing a second ethnographic film called “Moved by Gandhi” which explores how Gandhi exists in the emotional imaginary of individuals, moving them one way or the other. Her new ethnographic project is on Gandhian resonances in contemporary prison life in India and the US.

Leela was the founding faculty director of the former Duke Center for Civic Engagement and has served on the boards of the American Academy of Religion and Duke’s Center for Documentary Studies. She co-convenes a “Humanities Unbounded Lab” at Duke called “‘Asia’ in the Making of American Religiosity.” https://leelaprasad.work